A key part of that preparation was to create a business that would provide income for my family as well as a financial vehicle for my mission work.  After much prayer and preparation, it was very fulfilling when we brought www.MountMyMonitor.com online; a business completely free of geographic limits.

Years later and with several mission projects under my belt, I have seen incredible things, seen many lives changed including my own. I have watched God’s Holy Spirit and the Power of Prayer accomplish wonderful things all because of Faith, Hope, and Love.

I have learned that to be a missionary means to live a missional life for Christ. Missional to my family, my friends, my neighbors, to all human beings. To love and care for others in need and  to accept them unconditionally as Christ accepts us. To answer the call to be the salt and the light we are all called to be.

One of the most important lessons we’ve learned is the power of partnerships. Together we are strong, alone we are weak. The together part has never been truer than on the mission field. Partnerships have many facets, pooling financial resources, relationships, support and mentoring, perspective, and experience to name a few.

My wife Pam and I very much welcome your partnership as we answer God’s call to missions.

How can you get involved?

First and foremost, we need your prayer; a vehicle God gave us to support each other.  Second, we need your financial support.  You can donate financially in two different ways.

We have an email address setup for mission efforts. Feel free to email us to explore the wonderful things we can do together.

Below please find mission specific information, both past, present and future.

In late march of 2017, our owner Web Beeman once again travelled to Argentina, this time accompanied by his wife and co-owner Pam Beeman. The mission focus was to assist in building efforts at two church of the Nazarene locations. 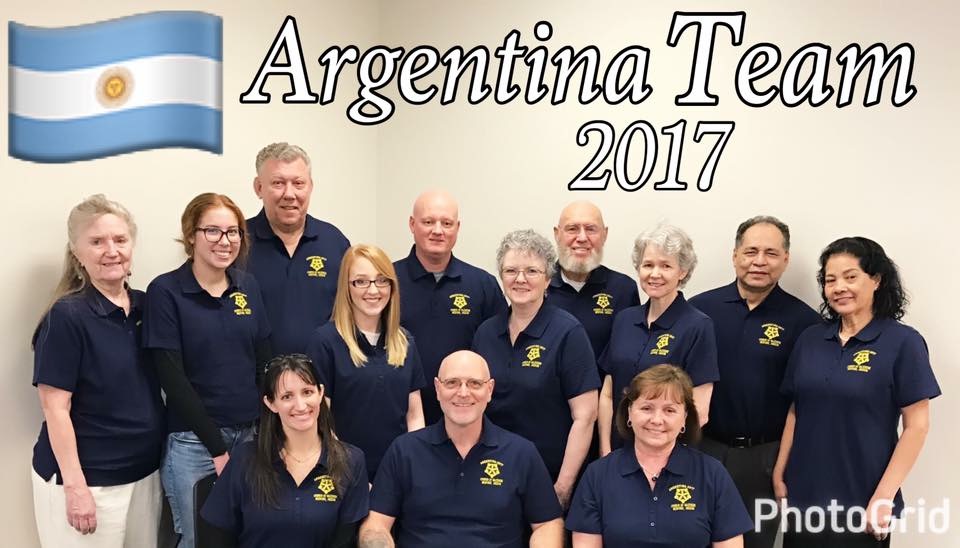 Our team was was well rounded with a few mission veterans and a few first-timers to the mission field. We were one team member short as one of our team leaders and mentor, Terry Phillips passed away prior to our trip. With Terry’s wife Andrea in the lead, we carried his torch on the field as his example led our path.  A few words from Web Beeman regarding the mission below.

This mission was unlike anything i had experienced before, with the loss of my friend and mentor so fresh in my mind and heart, and having to watch his lifelong spouse suffer through the loss.  I was so inspired to watch her strength and reliance on Our Lord and she pushed past the pain and led our team on to the mission field.

It was wonderful seeing my wife experience the mission field for the first time.  It was  equally wonderful seeing the completion of the church project in Rosario, this being the 3rd team our church sent there to work on the new church building.

Besides co-loading the team, Pam and I were also videographers for the mission.  During our last day of work in Rosario, i stood in the middle of the church building, recording all of our team members praying over the building along with many of the local church and pastoral staff.  I knew i wasn’t coming back to Rosario so i was in some small way saying goodbye.

I kept thinking about all the funds our church back in Oregon devoted to all 3 missions here (every dollar of which came from the hearts of people that gave to the church mission fund).  All the people from all 3 mission teams over the course of 4 years, all the money they saved of out their own pockets, all the money their friends and family gave them toward their mission costs, all the time-off work they sacrificed to be here. I kneeled, touched the ground and wept, humbled to be there, and i kept chanting over and over again in my head, “We Are The Church!”

In 2016 our owner, Web Beeman, went on-mission to Peru. During his time there he visited two seminaries, one on the coast in a town called Chiclayo, the other in the Amazonia region near a little town called Imacita. He assisted the Global IT team of the Nazarene Church to add network infrastructure to the seminaries to better serve the staff and students.  Upon his return, he shared this story with our staff.

We had traveled over night on a double decker bus, packed in like sardines, and it seemed I was the only one on the bus that could not sleep.  We arrived at a small town called Bagua Capital around 5 in the morning.  We watched the sun come up on the huge mountain range we had just come over.  We switched to vehicles and started our journey into the Amazon jungle.  After several hours, we arrived at a small seminary atop a hill called Nueve Horizonte.  The seminaries primary purpose was to raise up pastors for the Awajun people group (there are about fifty thousand of the Awajun people);  pronounced Ah-wa-hoon.

It took us almost 15 hours to get there so we were all a little tired and punchy, and maybe a little hangry.  We settled in and our host Evelio (he’s the seminary president) gave us a tour of the seminary. At the base of hill I could see one of the main rivers that flows into the amazon.  Across the river, smoke was billowing from the jungle.  I asked Evelio about the smoke and he said, “oh that is an aborigines village down there.“

Now, at this point I’m having an “aha” moment, standing atop a hill in the amazon jungle, with an aborigines village just across the river. A young man approached us (he looked like he was 15 – his name is Leonel Weepiu Matias) but he was introduced as one of the professors there at the seminary.  He was an Awajun, same as the village across the river.  Evelio explained that one of the laptops we had brought with us was for this young man. So Evelio then tells us, “he is going to use the laptop you brought to translate all 24 courses/modules of study here at the seminary into the Awajun language, and (and this is a big and) he is  working with the United Bible Society to finish the translation of God’s Holy Bible into the Awajun language.”

Now my “aha” moment just reached it’s climax, as I’m thinking, “I’m standing on a hill in the amazon jungle with an aborigines village close by hearing that with a $400 laptop that I just purchased a few days ago, this young man is going to translate the bible into an entire people groups language.”

That day,  atop that mountain, I learned a very valuable lesson. The question I had asked myself so many times through the course of my life, “how can one man make a difference,” was finally answered when God spoke into my life the realization that every one of us can make a difference.

In 2015 our owner Web Beeman went on-mission to Argentina, to a little town (not so little, just over a million people) of Rosario to help build a church.

It was their fall when we arrived, so we brought some warmer clothing but it turned out we spent our first few days laying brick in 100-degree weather at almost 100% humidity; finally the heat broke with a flash flood.

We worked amongst our Argentinian brothers and sisters to lay thousands of bricks on a new church project.  The new church building will seat 1,000 people and the current congregation is almost that big already with over 300 children.  Many of us attended Jesus Film showings, attended small groups and did VBS for the kids.

Before we departed for our return home to the states, we visited a church in Moreno that the team had previously previously visited in 2013.

Theme by Anders Noren — Up ↑